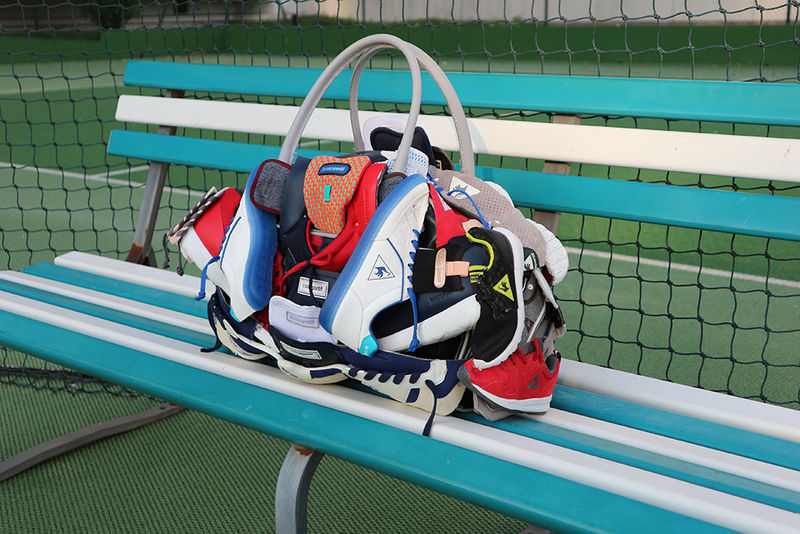 Amy Duong — June 5, 2018 — Eco
References: instagram & highsnobiety
South Korean designer Jinah Jung of the fashion label JUNG prepares to showcase her latest project entitled 'Con-shoeness: Military Monster Series.' The series is set to debut at Plan 8 in Paris, and will run from June 20th until June 26th. The captivating collection is mostly comprised of bags assembled from unconventional materials -- with the bags made from recycled Le Coq Sportif pieces. Jung expresses that it is not a project in collaboration with the label, but simply a gift from Le Coq Sportif's creative director, Fédéric Pertusier.

Pertusier gave her prototype footwear with only one side made that were not able to hit the market or were even wearable. The unique recycling Con-shoeness: Military Monster Series project revives the silhouettes in a new way, through a variety of baggage styles.
5.2
Score
Popularity
Activity
Freshness