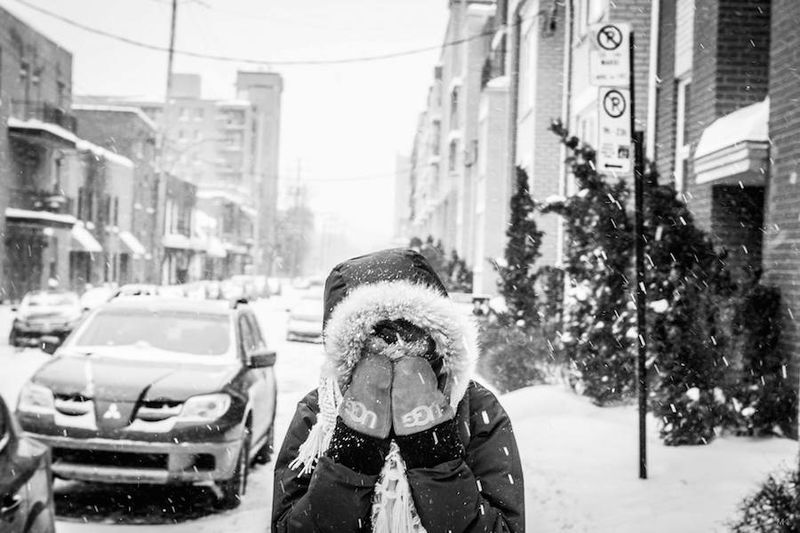 Mikael Theimer's Series Captures His Girlfriend Hiding from the Camera

Joey Haar — July 27, 2016 — Art & Design
References: mikaeltheimer & fubiz.net
Share on Facebook Share on Twitter Share on LinkedIn Share on Pinterest
The subjects of most photography series tend to be happy to pose for the camera, but not the subject in Mikael Theimer's 'Mama Doesn't Like The Camera.' The Montreal-based photographer's series is full of pictures of his girlfriend, Marion Muroz, however Muroz herself isn't a fan of being photographed. The result is a series in which the subject does whatever she can to hide her face from the camera.

Though the series is cute and charming on first viewing, Mikael Theimer believes that it carries a depressing undertone. He says that, deep down, Munoz's reflexive hiding from the camera is due to her "fears [that] a picture of her will look ridiculous compared to all the pictures of models and celebrity [sic] that we constantly see in the media." Viewed through that analytical lens, 'Mama Doesn't Like The Camera' is a feminist response to -- and denial of -- women's image in society.
1.1
Score
Popularity
Activity
Freshness
Get the 2021 Trend Report FREE