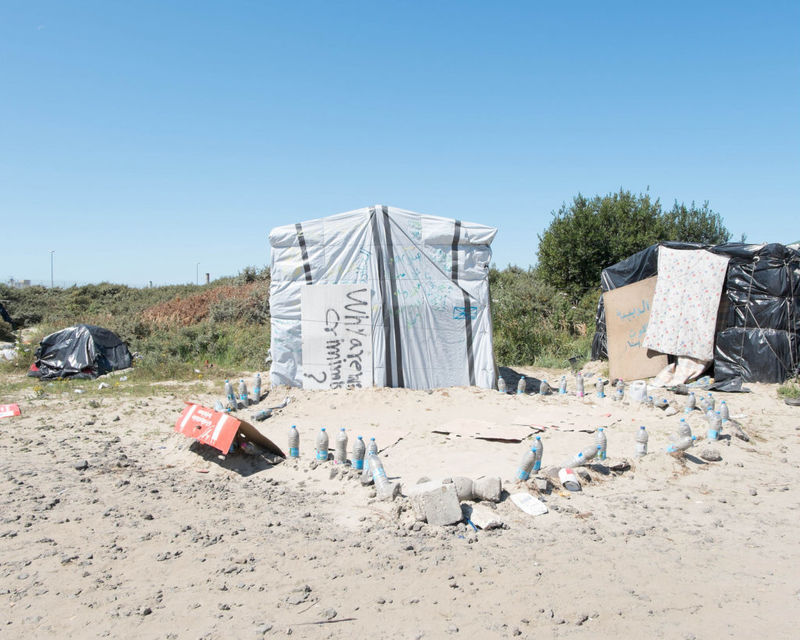 Joey Haar — July 27, 2016 — Art & Design
References: defrostudio.eu & wired
Share on Facebook Share on Twitter Share on LinkedIn Share on Pinterest
As one might unfortunately imagine, migrant housing in the refugee camp outside of Calais, France, is rag tag and squalid. Yet the scenes from refugee camps like 'The Jungle,' as the Calais camp is known, often take place outside of cities and thus outside the purview of those who are not migrants, which is why photographer Marco Tiberio is putting together his series entitled 'Invisible Cities, Architecture of Exodus.'

The Jungle, where Tiberio's photos take place, has been inhabited by North African and Middle Eastern refugees since the 90s. Though the French government has recently made efforts to improve conditions there, Tiberio's photos capture the living spaces as they were for dozens of years. Favoring centered shots with a shallow depth of field that eschewa the rule of thirds, the photos force viewers to take an unflinching look at migrant housing.

As refugees from Syria and Iran continue to leave the Middle East, understanding the true conditions of migrant housing is important for those lucky enough to be born in developed nations.
1.7
Score
Popularity
Activity
Freshness
Get Trend Hunter Dashboard