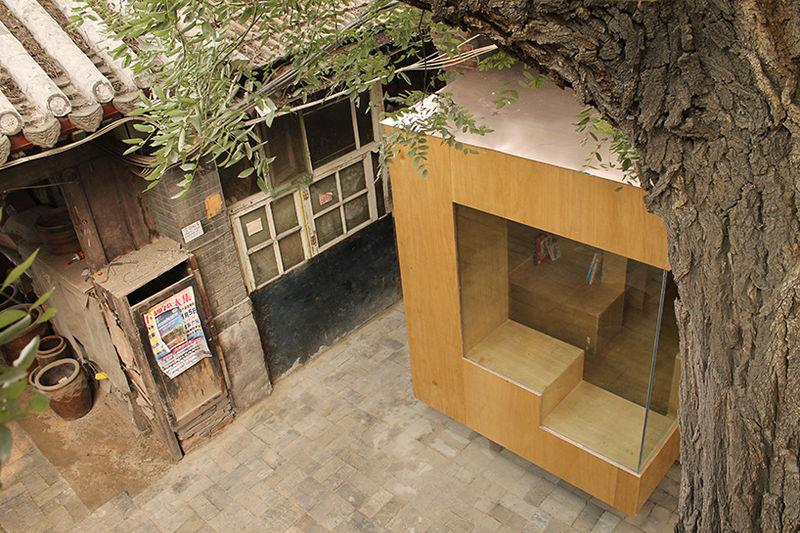 'Micro-yuan’er' Transforms a Courtyard into a Renewed Art Space

The design "is part of the organic re-development taking place around the old Dashilar area southwest of the city’s Tiananmen square," as stated on DesignBoom. The courtyard itself is very minimalist, with a lighter wooden building in the center that will be used as a library space. This provides a stark contrast to the older sections surround the edges of the courtyard, which will also be updated while still keep their ancient look.

The space is located in a Hutong of Beijing, which is what these older alleyways are called by the mainland Chinese people. Hopefully the space will provide an area for people to sit and read.