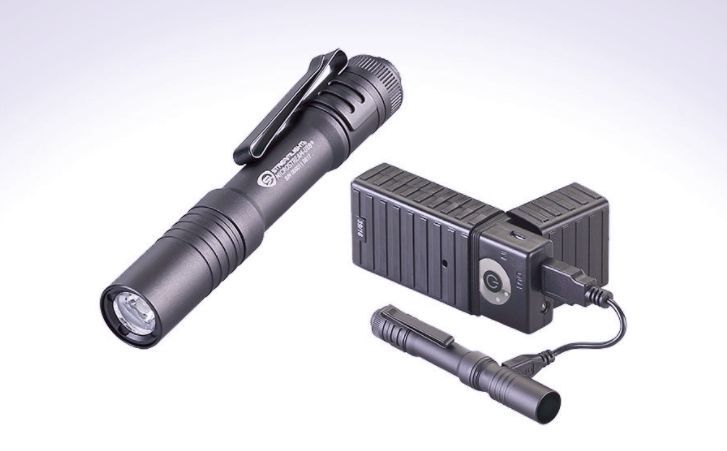 Justin Lam — March 30, 2018 — Tech
References: amazon & everydaycarry
Share on Facebook Share on Twitter Share on LinkedIn Share on Pinterest
The MicroStream AAA by Streamlight has been a long running staple item in the EDC community, but Streamlight is hoping to entice fans to the new and upgraded MicroStream USB. While the new flashlight looks and carries the same as the previous iteration, under the hood it's better and more powerful in all the right ways.

The original MicroStream had a 45-lumen output, but the new MicroStream USB bumps up the lumens five-fold with an impressively high output of 250 lumens. At this power level the flashlight can expect 1.5 hours of life, but at the lowest setting of 50-lumens this time jumps up to 3.5 hours. Output is controlled via a click switch on the tail, which now also doubles as an indicator when charging the flashlight. Charging is handled through a micro USB port, found under a sleeve, and allows the flashlight to be charged through a power bank or wall plug.
5.3
Score
Popularity
Activity
Freshness
Get the 2021 Trend Report FREE