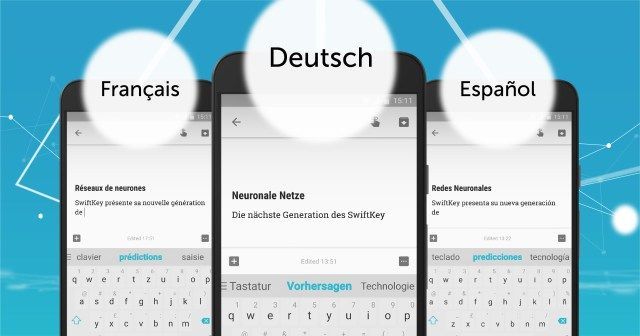 Microsoft SwiftKey Uses Neural Networks to Function in Many Languages

Joey Haar — October 17, 2016 — Tech
References: news.microsoft & digitaltrends
Share on Facebook Share on Twitter Share on LinkedIn Share on Pinterest
Microsoft SwiftKey is a keyboard app that makes sending messages on mobile easier, and the app's new multilingual feature extends the keyboard to a new segment of common tongues. Through the use of neural networks, Microsoft SwiftKey is now able to automatically detect and adapt itself when users are messaging in a different language, eliminating the need for multiple keyboard apps for polyglots.

While SwiftKey's neural networks have been available on the English keyboard already, the addition of French, German, and Spanish is new. With the system, users who have multiple conversations going on in multiple languages -- or who switch back and forth between languages in the same conversation -- will automatically have their keyboards switched to accommodate that language (e.g. more accessible umlauts for German, tildes for Spanish, etc.)
1
Score
Popularity
Activity
Freshness
Get the 2021 Trend Report FREE