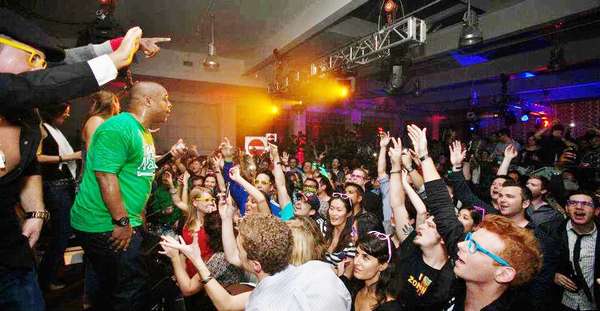 Armida Ascano — October 15, 2011 — Pop Culture
References: advertising.microsoft & facebook
Though the golden age of old-school hip hop is sadly over, its memory lives on in awesome events like the Microsoft Advertising INNERCITY bash. The unlikely partnership of hip hop and advertising was consummated at this event, which happened last night in Toronto, Ontario.

The concept of a hip hop-themed party was taken a step further at the Microsoft Advertising INNERCITY bash with the performance of rap icons Naughty by Nature. Old-school glasses, a block party-themed menu, freestyle beat boxers and a Silent Disco completed the holistic vibe of the party, making it a true urban street experience.

If you aren't among the few fortunate enough to have been in attendance at last night's Microsoft Advertising INNERCITY jam, the attached gallery of photos is enough to keep you at bay until next year's soiree.
2.9
Score
Popularity
Activity
Freshness