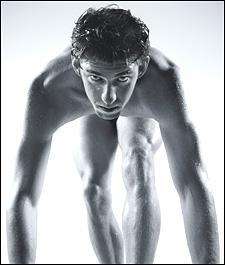 The astronomical jump on the index, which is compiled by Los Angeles-based talent agency Davie Brown Entertainment, came after his participation in the 2008 Beijing Olympic Games.

Yes, winning a record 8 gold medals and breaking 7 world records might have something to do with it.

After his Olympic saga, Michael Phelps is currently recognized by about 95% of U.S. consumers, up from 33% at the start of the 2008 Olympics.