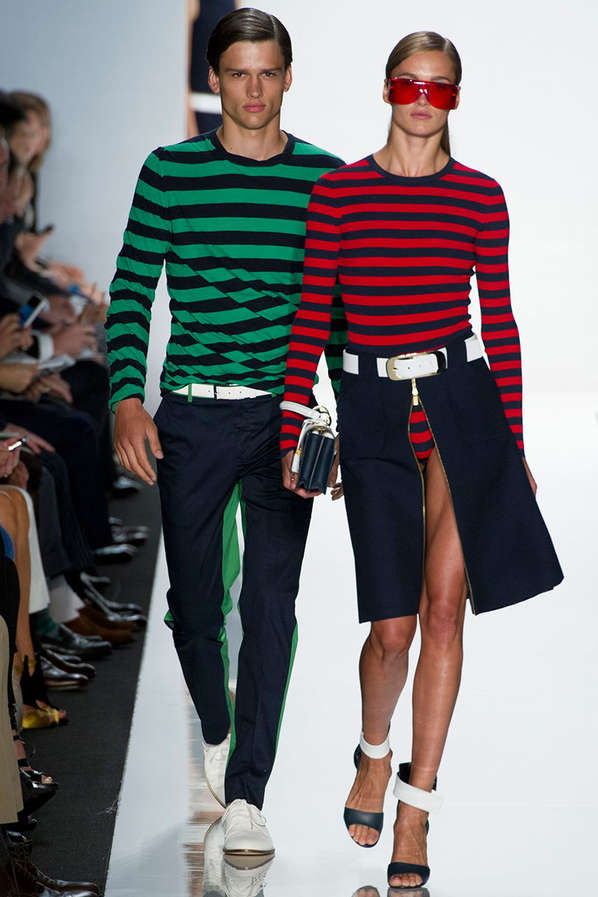 Jana Pijak — October 10, 2012 — Fashion
References: michaelkors & fuckingyoung.es
The Michael Kors Spring/Summer 2013 menswear collection is the epitome of prepster chic. From his fearlessness with bright colors to his abundant use of stripes, the famed American designer proves that classics never go out of style.

Whether travelling to the Hamptons or lounging on a billionaire's yacht, one is sure to exude status while wearing these retro-infused garments. Playing with rich tones, the Michael Kors Spring/Summer 2013 runway show is effortlessly elegant and sophisticated with a focus on crisp and clean shapes that are accented with graphic pin and horizontal stripes.

From sharp suits to playfully color-blocked casuals, Michael Kors shows his versatility as a designer, defending his reigning title as the king of American sportswear.