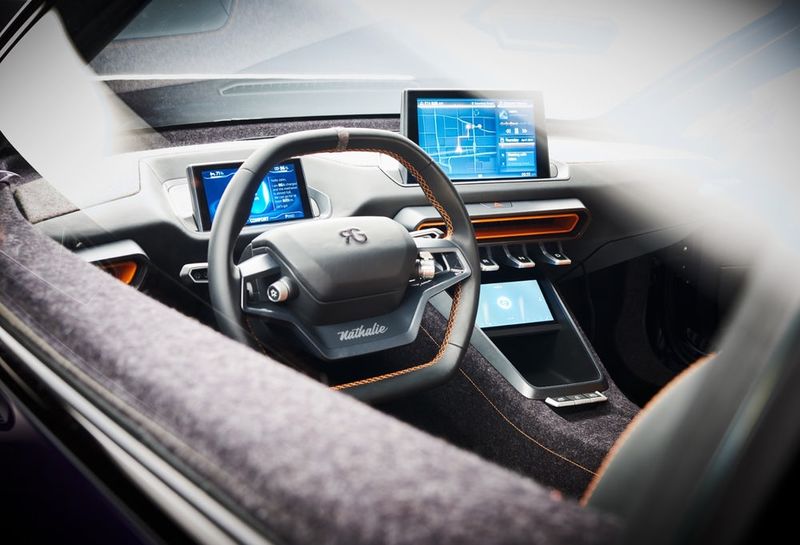 Rahul Kalvapalle — March 14, 2019 — Autos
References: rolandgumpert & newatlas
Share on Facebook Share on Twitter Share on LinkedIn Share on Pinterest
German automotive engineer Roland Gumpert has long been hailed as one of the foremost pioneers of modern electric motoring, and the tireless innovator is now taking things to the next level by creating an electric supercar that uses inexpensive methanol fuel cell technology.

What makes the Nathalie electric supercar so special is the fact that it offers all-wheel drive and a hefty 800 horsepower without suffering from problems like slow charging time and low electric range, which commonly plague many electric vehicles.

Gumpert points out that methanol is far cheaper than petrol, is less volatile and easier to manage than hydrogen and is speedy as a fuel source, with owners of this electric supercar potentially able to fill up their vehicle in only three minutes and enjoy a huge range of around 850 kilometers.