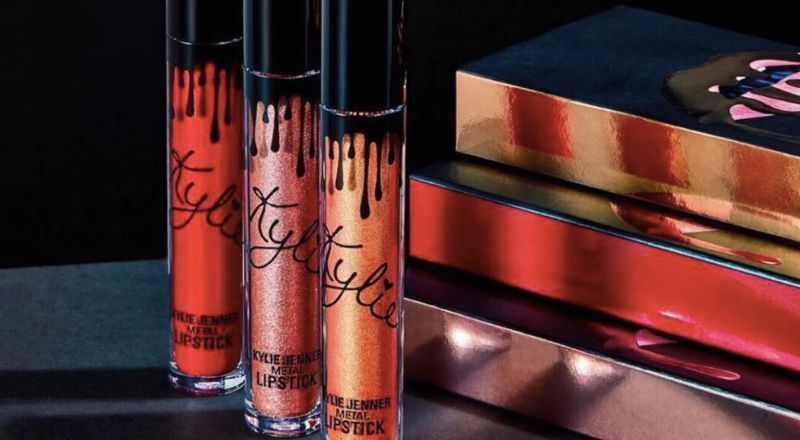 Katherine Pendrill — December 29, 2018 — Fashion
References: bustle
To help consumers get ready for the start of 2019, Kylie Cosmetics has debut three new metallic lip kits with a New Year's Eve twist. With these standout shades, you won't even need that sequin dress.

Right after Christmas, Kylie Cosmetics announced that it would be dropping three new metallic lip kits.The shimmery shades appear to be designed specifically with the new year in mind and feature draw-dropping shades that can perfectly accompany the ball drop. For those who love a red or pink pout, there is a shimmery red shade called 'Naughty is the New Nice,' as well as a metallic blush tint called 'In With The New.' For something a bit more unexpected, there is a rose gold metal shade cheekily named 'Midnight Kiss.'