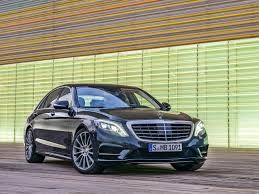 The S-Class model comes with the standard list you’d expect such as a road surface scan and Drivers Assistance Package. It also features a touchpad controller and collision-prevention assist system, which is able to detect an emergency ahead of time and automatically slows the vehicle from up to 124 mp if the driver is unable to respond to its warning signs.

Furthermore, once the car is slowed, the system can stop at speeds of 31 mph if it detects objects or pedestrians in the road ahead.  Should you experience sub-zero temperatures as many of us often do, there’s a windshield heating system, which works in conjunction with the air-conditioning that can clear up ice on the windshield. The S600 model is luxurious, powerful and tech-savvy.
0.4
Score
Popularity
Activity
Freshness
Access Advisory Services