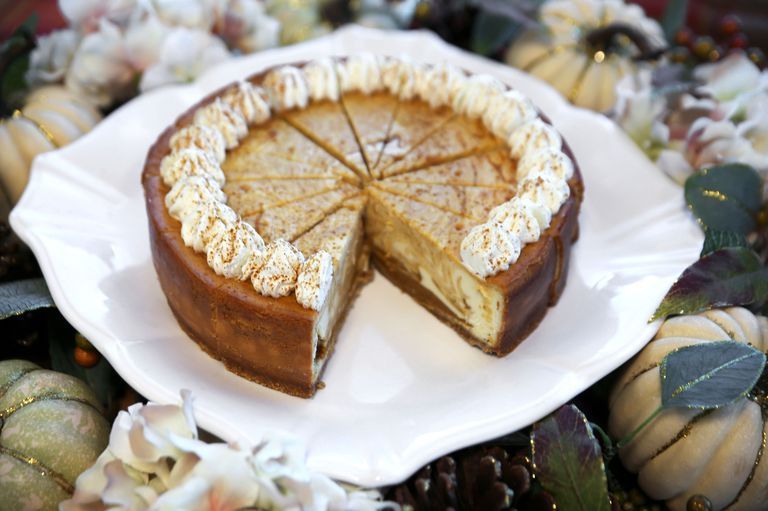 The Member's Mark Pumpkin Spice Cheesecake is Fit for a Crowd

Katherine Pendrill — September 14, 2018 — Lifestyle
References: samsclub & delish
Share on Facebook Share on Twitter Share on LinkedIn Share on Pinterest
Thanksgiving is usually a family affair, which is why Sam's Club has brought back its supersized Member's Mark Pumpkin Spice Cheesecake for the holiday season. Designed to feed more than a dozen at once, this delicious cheesecake could save you hours spent slaving over traditional pumpkin pies.

The Member's Mark Pumpkin Spice Cheesecake is a hefty dessert that is perfect for Thanksgiving and other autumn gatherings. The dessert itself is a cross between a pumpkin pie and a cheesecake, offering a delicious combination of creaminess and rich pumpkin flavor. As Sam's Club describes, the pie consists of "a pastry crust filled with layers of rich pumpkin and frothy espresso Bavarian cream topped with whipped topping, espresso drizzle and pumpkin spices: nutmeg, cinnamon and ginger." But unlike other pies and cakes, this dessert clocks in at a whopping 24 ounces and weighs over four pounds. The result is a supersized dessert that will satisfy even the hungriest families.