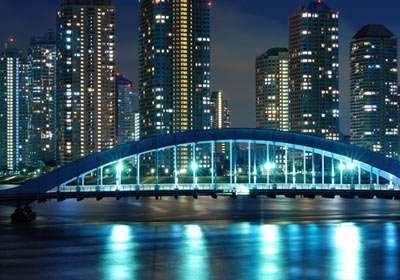 Bianca — March 21, 2008 — World
References: forbes
Share on Facebook Share on Twitter Share on LinkedIn Share on Pinterest
The globe is expanding rapidly, and as it does, more mega cities (populations of 8 million+) are beginning to develop. People are drawn to city cores because, unless their business is online, the majority of jobs are found in these populated hubs. The World Resource Institute thinks that by 2025, the world will have around 33 mega cities.

Particularly in Asia, the need for bigger city centers has spurred plans for mass expansion.

"The number of urban dwellers is expected to hit 5 billion globally by 2025--double the number of 1990" according to Forbes Magazine's article which listed the 10 Biggest Cities of 2025.

Even if telecommuting becomes bigger in the future, there is no doubt people will continue to inhabit city cores. People have a natural affinity for social interaction, a need built into our nature. Real life social interaction won't be replaced by social networking and teleconferencing, it will only make the desire to connect face to face stronger.

"Asia and Latin America, each cluttered with rural workers looking for better jobs and housing in the city, are slated to have nine of the world's 10 most populous cities by 2025," Forbes explains, listing specifics like Mumbai, Calcutta, Delhi, Karachi, Shanghai, Mexico City and Sao Paulo.

"New York and Tokyo are the only traditional power cities expected to remain on the mega cities list in 17 years," Forbes adds.

The images in the gallery are from the Forbes article.
2.1
Score
Popularity
Activity
Freshness
View Innovation Webinars