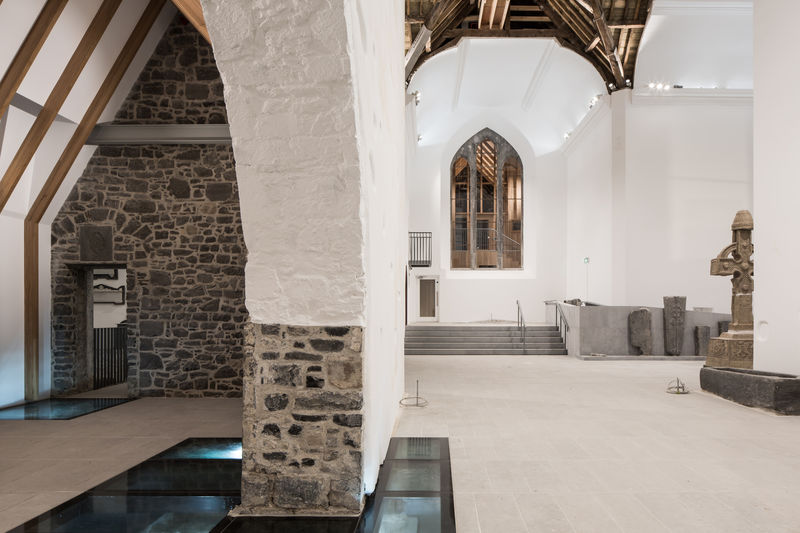 The Medieval Mile Museum is in a Renovated 13th Century Cathedral

Joey Haar — July 11, 2017 — Art & Design
References: archdaily
Share on Facebook Share on Twitter Share on LinkedIn Share on Pinterest
Ireland is a key region for medieval culture, and the Medieval Mile Museum in Kilkenny is a facility dedicated to showing off the art and architecture from that little-understood era in European history. The museum is built inside an original 13th century parish church, and its interior capitalizes on this authentic architecture, combining modern museum tropes with exposed sections to give spectators extra information beyond the items on display.

In truth, the Medieval Mile Museum isn't entirely authentic. In the mid-20th century, much of the cathedral was displaced and reorganized to serve as a Masonic hall for the local townspeople. McCullough Mulvin Architects sought to restore the original building in certain areas while also leaving portions of the 20th century reformations intact, to give visitors a history of the building as well as the monuments inside.
1.9
Score
Popularity
Activity
Freshness
Get Better and Faster