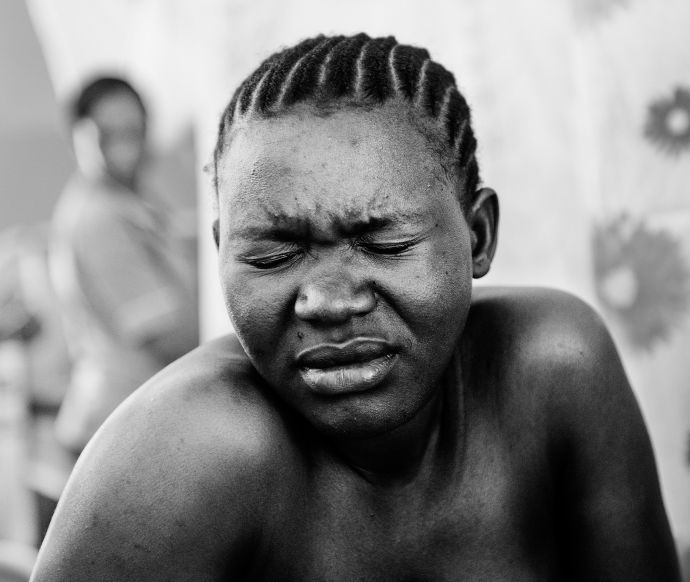 These Portraits Juxtapose Swedish and Tanzanian Women in Labor

While half of the women are in Sweden and half in Tanzania, many of the same emotions and expressions pass across all of the women's faces: pain, excitement, fear, concentration and even sometimes a kind of sensual elation. It's in the women's surroundings -- the beds, the rooms and the other people in the maternity photos -- that viewers must look to find differences. The maternity photos taken in Sweden share a common thread of white sheets, sterile-looking environments and hospital gowns. In many of the Swedish maternity photos, husbands, family members and friends stand close by, holding mothers' hands or offering encouragement. In the Tanzanian portraits, the women are alone, or else there are anonymous onlookers in the background. They're wrapped in patterned blankets and there's no indication that they are in a hospital environment.

The maternity photos aim to showcase the similarities and differences in the birthing process in a first-world versus a third-world country.
6.9
Score
Popularity
Activity
Freshness
Get Trend Hunter Dashboard