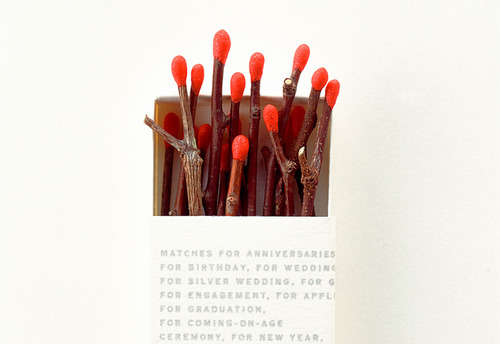 Created for Kenya Hara, the matches are made out of tiny tree branch twigs that are left in their natural and unfinished state, which are coated on one end with a combustible tip. This creative design is the perfect way to send off these fallen twigs, giving them a final purpose and use before they turn into ashes and are returned to the ground from which they originally sprouted.

All along the packaging, Kaoru Mende lists celebratory occasions, such as weddings and holidays, during which these matchsticks would come in handy.
1.4
Score
Popularity
Activity
Freshness