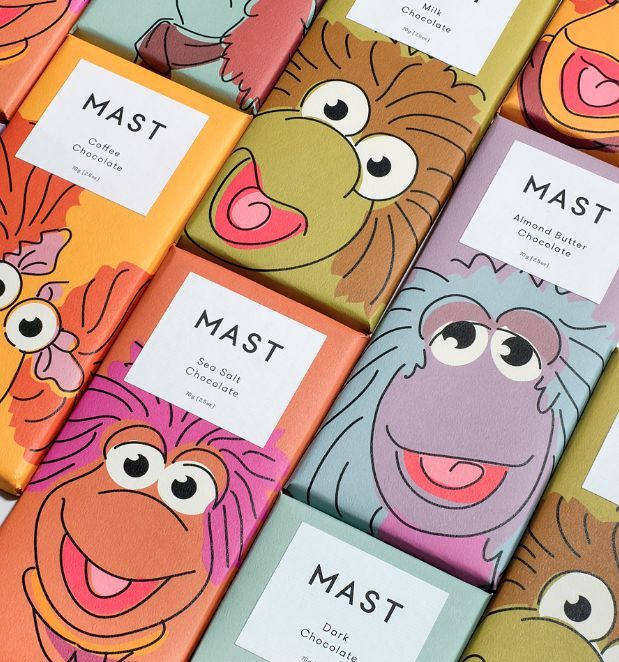 Fraggle Rock, which was HBO's first original series, followed the lives of various interconnected species of Muppets. With four main "intelligent" species featured (Fraggles, Doozers, Gorgs and Silly Creatures), the beloved show was an international sensation that is still capturing the hearts of new generations while warming the hearts of its nostalgic original viewers.

The Mast Brothers Fraggle Rock Collection is available for purchase individually or as the set of five.