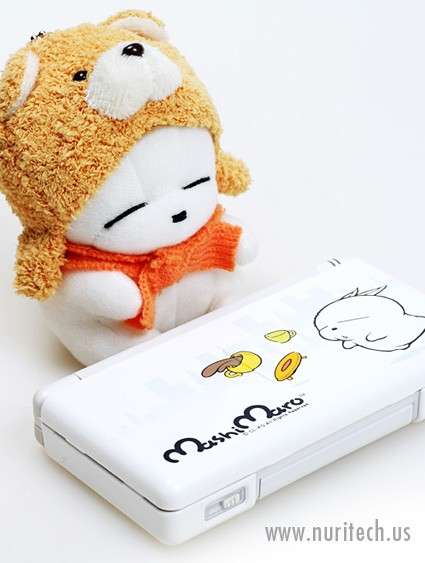 Jen Layton — July 17, 2009 — Life-Stages
References: ink.pierski
Share on Facebook Share on Twitter Share on LinkedIn Share on Pinterest
Originally conceived as a series of flash animations, the bizarre and often brutal Mashimaro is depicted as a fat white rabbit, so called because of its resemblance to a puffy white confectionery. Say ‘marshmallow’ in a mock Japanese accent and you’ll begin to get the point.

Created by Kim Jae In, Mashimaro’s adventures occur in strange situations with a cast of equally odd extras. He is often depicted with a toilet plunger stuck to his head and the animation shorts are abound with on-the-edge toilet humor. Mashi’ also has a doppelganger, Chocomaro, who appears in episodes 2 and 3 copying Mashimaro, failing miserably and often getting hurt in the process. The relationship between the two is unclear; however, it is thought they are brothers.

The animations have been around on the web since the early 2000s and have earned themselves a cult following in their native Korea; however, they have failed to gain the worldwide recognition of their Japanese contemporaries such as Hello Kitty.

I came across Mashimaro on socks and a purse while on holiday, bought everything I could and came home to research. Despite the obvious adult content, the franchise has spawned multiple merchandise spin-offs, from cuddly toys for toddlers to adult MP3 players and mobile handsets. I’ve only been able to link to one of the episodes here, but for the entire freaky series, visit their link below.
5.7
Score
Popularity
Activity
Freshness
Attend Future Festival

Manga Munchies
Cakes & Cupcakes With a Hint of Anime & Manga