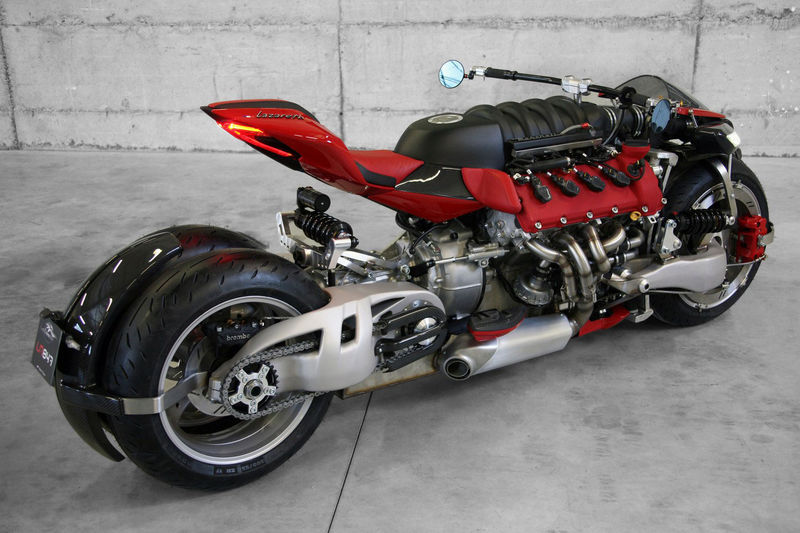 Malika Renee Butss — March 8, 2016 — Autos
References: lazareth.fr & highsnobiety
French builder Lazareth has released its new LM 847 bike which features a full Maserati engine. Unveiled at the 2016 Geneva Auto Show, this motorcycle is unlike anything seen before.

Lazareth took the 4.7 liter, 470hp, V8 engine out of a Maserati automobile and had an epic motorcycle built around it. The bike's transmission features a hydraulic coupler - 1 speed and final Chain transmission while its braking features a dual 420mm discs perimeter on the front and double 255mm Brembo 4 piston disc on the back. When it comes to performance, the LM 847 totals 470 hp at 7000 rpm and Torque 620 Nm at 4750 rpm.

Though it may not be the most practical motorcycle, the LM 847 does serve as an eye-catching concept.
7.1
Score
Popularity
Activity
Freshness