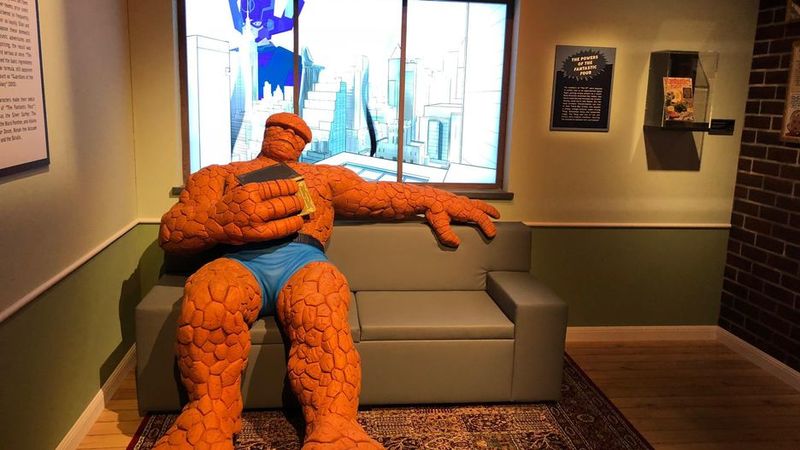 Justin Lam — April 24, 2018 — Pop Culture
References: cinemablend & cnet
Share on Facebook Share on Twitter Share on LinkedIn Share on Pinterest
Seattle's Museum of Pop Culture has recently unveiled a new exhibit titled Marvel: Universe of Super Heroes. The exhibit is currently occupying a 10,000-square-foot space within the museum, the largest the museum has held to date, and chronicles eight decades of Marvel history, as well as celebrating the 10th anniversary of Marvel Studios.

The Marvel: Universe of Super Heroes exhibit is split into multiple sections and features multiple facets of Marvel's history with pieces of comic book history and movie props and costumes. Pieces of artwork from various eras of Marvel history will be prominently on display and will feature iconic covers and panels from artists like John Romita Sr., Bill Sienkiewicz and the iconic Jack Kirby. Props and costumes from the Marvel cinematic universe will also be on display with various pieces coming from the numerous Avengers films, Black Panther, Guardians of the Galaxy and even a mock-up of Tony Stark's lab.