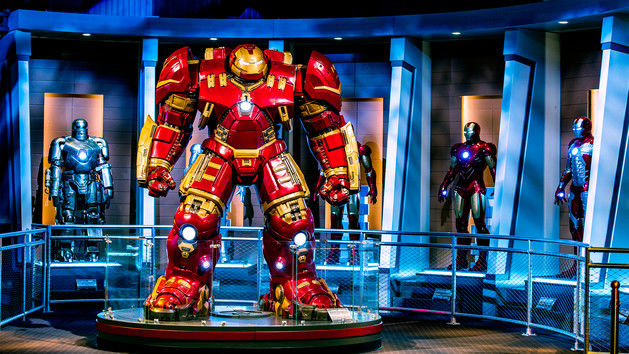 Katherine Pendrill — June 15, 2016 — Pop Culture
References: shanghaidisneyresort & shanghaidisneyresort
The newly constructed Shanghai Disneyland Resort is home to an attraction called 'Marvel Universe,' which caters to young comic book fans. Outfitted with some of the most popular Marvel superheros to date, the attraction serves as the perfect opportunity for guests to get up close and personal with the popular comic book characters.

Marvel Universe is a immersive attraction that gives guests different ways to explore the Marvel franchise. There is a 'Marvel Now' gallery outfitted with props and costumes from the films, a drawing station called the 'Marvel Comic Academy' staffed by a real comic book artist and a virtual preview of Tony Stark's lab, where guests can try on the Iron Man suit themselves. The attraction will also feature costumed Marvel characters that will interact with guests during their visit.