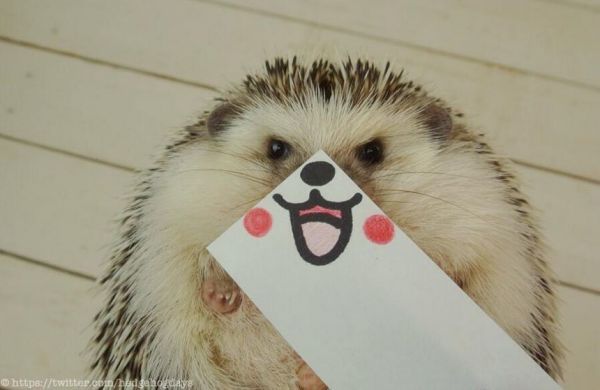 Marutaro the Hedgehog Will Win People Over in a Heartbeat

Meghan Young — April 9, 2014 — Fashion
References: hedgehogcalendar.tumblr & neatorama
Share on Facebook Share on Twitter Share on LinkedIn Share on Pinterest
Pets are becoming celebrities in their own rights thanks to social media, and yet these animals such as Marutaro the Hedgehog bring a lot more to people lives than many of the reality television stars out there. At the very least, they cheer people up. Giving Darcy the Hedgehog a run for her money, this prickly fellow is put into a number of different situations, many of which revolve around artistic props.

From making a bid for the Olympics to embracing a slew of different expressions and even channeling his own inner singer, Marutaro the Hedgehog has a lot of fun in front of the camera, to the delight of his nearly 47 thousand followers on Twitter. Marutaro the Hedgehog is definitely up for cutest hedgehog on the Internet.
6.6
Score
Popularity
Activity
Freshness
Attend Future Festival