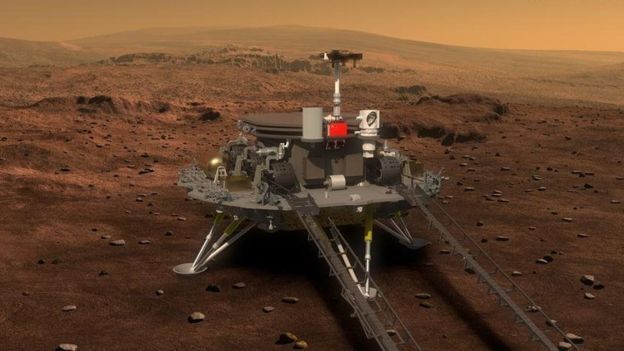 Though the Mars rovers shown in China's recently released publicity images are little more than concepts at this point, the scheduled mission date is fast approaching. Xinhua, the state media outlet, reported that the country plans to land its Mars rover by July or August of 2020. Further, this announcement came in tandem with another: China also plans to conduct a manned lunar mission by 2036. These two missions would make the next few decades massive ones for Chinese space travel.

According to the specs released by Xinhua, the Chinese Mars rovers will have a mass of 200 kilograms and come equipped with six wheels and four solar panels.
3.7
Score
Popularity
Activity
Freshness
Get Better and Faster