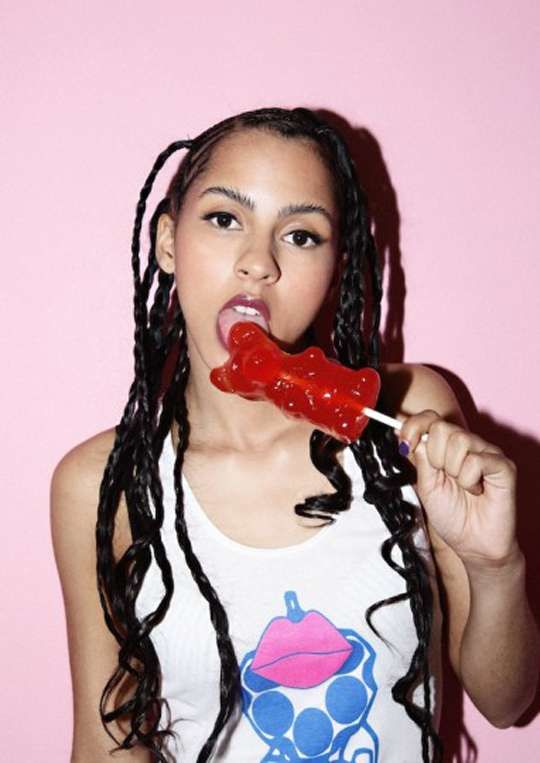 Sophia Pelka — March 9, 2012 — Fashion
References: mttmnyc & juicy.mashkulture.net
Share on Facebook Share on Twitter Share on LinkedIn Share on Pinterest
The Married to the MOB SS 2012 lookbook is a juxtaposition of hard attitude and sweet baby-girl appeal. The apparel is street-savvy, with phrasing like 'Most Official Bitches 2012' and 'Get Off My D**k.' The model is thuggin' with an oversized gummy bear and bubblegum-pink walls, her fierce expression stunning and intimidating.

Married to the MOB is a New York-based street wear company started in 2004 by Leah McSweeney. She was inspired by the attitude of most street apparel, but noticed an apparent lack of female influence in the field. She started the line, catering it to women with edge; for those who could hold their own like a man, if not better than a man. While tough and strong, the company also reflects the elegance of a lady. The brand has been featured in such major name publications as Nylon, Vogue and Elle.
5.5
Score
Popularity
Activity
Freshness
Get the 2023 Trend Report FREE