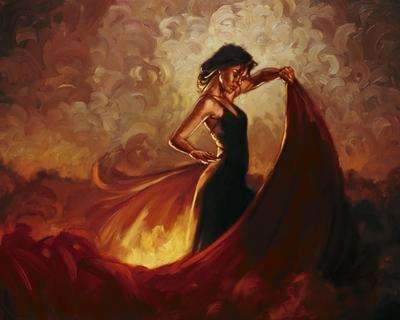 Being the one responsible for these marvelously rendered ladies, Mark Spain channels the techniques of artists from decades past to produce these stunning images without the aid of computers. Spain often leaves his final pieces in a painterly state, which adds a human touch to his creations that is often lost in the pristine sterile graphics of modern day vector art. If I had it my way, there would be more Mark Spain-eque artists out there rather than Pixar animation wannabes.

As you may have probably guessed from these images, Mark Spain cites music as a major inspiration for his paintings.
4.2
Score
Popularity
Activity
Freshness