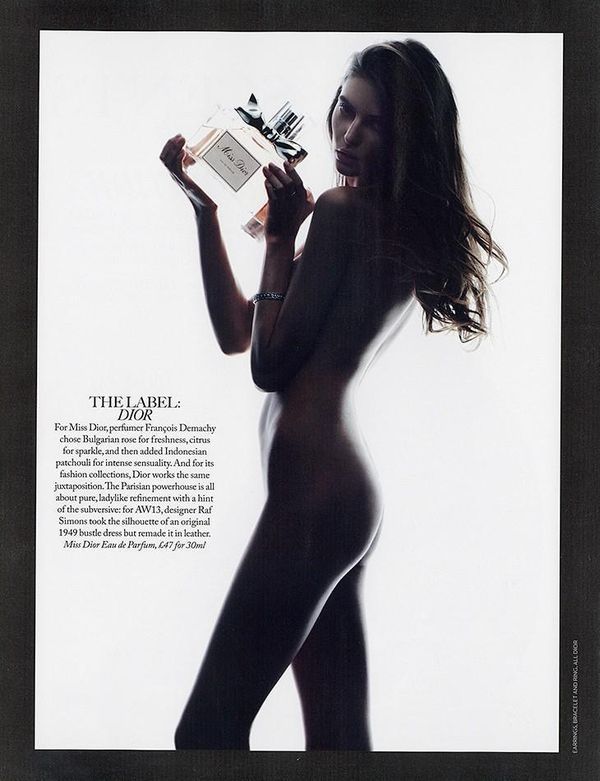 Vasiliki Marapas — October 15, 2013 — Pop Culture
References: fashioncopious.typepad & thecitizensoffashion
Share on Facebook Share on Twitter Share on LinkedIn Share on Pinterest
We’re used to models modelling clothes – but fragrances? In the cleverly titled ‘Scents of Direction’ editorial for the Marie Claire UK November 2013 issue, the focus is on the giant fragrance bottles the models are carrying rather than anything the ladies are wearing – or aren’t wearing.

Yes, one shot has the model – the beautiful Auguste Abeliunaite -- seductively holding several designer perfume bottles in the nude. However, all you get a glimpse of is her shapely silhouettes – Abeliunaite is partially covered by shadows and strategic positioning of the bottles.

This sexy spread, photographed by Jason Heatherington, features fragrance bottles from Christian Dior, Prada and Giorgio Armani, among others. The concept for the shoot is simple, yet stunning, and is sure to stick with viewers.