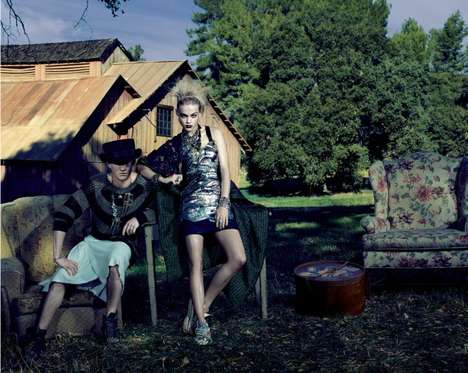 The shoot, officially titled 'A Girl's Life,' is set on a ranch and has a distinct Americana feel to it. The story was shot by photographer Jacques Olivar and styled by Elisabetta Massari. Looks include pastel-colored faux fur, snakeskin-infused white leather, loads of sequin detailing, a darling navy fascinator and several statements necklaces, all of which create a curious combination of high and low.