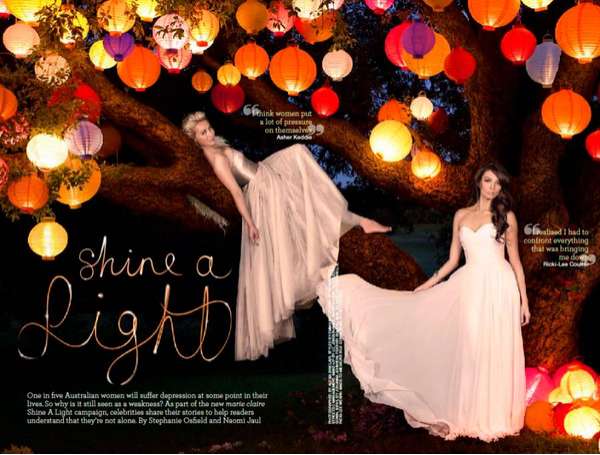 "Women are twice as likely as men to experience depression but worries about judgement often keep them from speaking out," says Jackie Frank, the editor and publisher of Marie Claire Australia. "It’s crucial that Australian attitudes towards mental health change." Since depression is still seen primarily as a weakness, the publication hopes to end that stigma with the Marie Claire Australia 'Shine A Light' campaign.

In addition to the online portion, which includes a virtual forum for women to come together in support of the cause, the campaign includes a print feature, appearing in the January 2012 issue of Marie Claire (with Cameron Diaz on the cover). It features celebrities like Asher Keddie, Ricki-Lee Coulter, Charlotte Dawson, Samantha Armytage and Jessica Rowe, among others, sharing their own stories of depression.
5.3
Score
Popularity
Activity
Freshness
Get Trend Hunter Dashboard