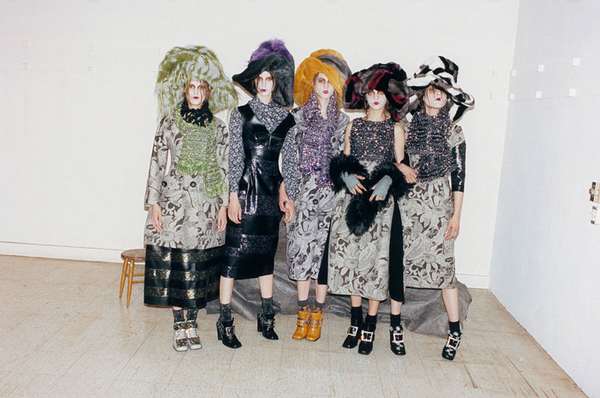 Meghan Young — June 28, 2012 — Fashion
References: marcjacobs & fashiongonerogue
It looks like a coven of witches has decided to soak up some sun in the Marc Jacobs Fall 2012 campaign. It cannot be denied that their pasty white skin is in need of a healthy glow. Granted, the voluminous layers and oversize hats will work against this. Hauntingly eclectic with a Victorian-like influence, the looks may be made for the autumn season, but it appears as though these witches wanted to inject a little color into their wardrobe for their beachy vacation.