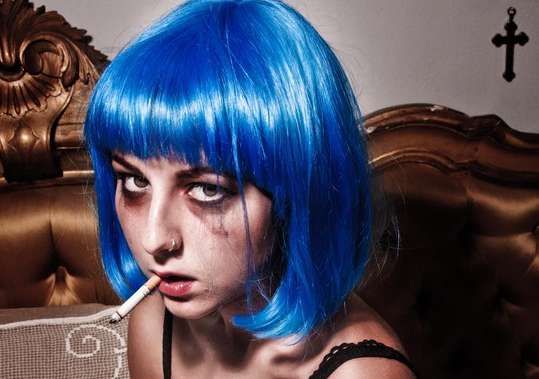 Emily Evans — August 22, 2011 — Fashion
References: flickr & behance.net
Share on Facebook Share on Twitter Share on LinkedIn Share on Pinterest
These portraits of the working class titled 'Man at Work' by Robin Bini Schneider are an imaginative look at the lives of blue collar workers. As a photography student, Robin Bini Schneider allows her creativity to run wild within each of her dramatized captures of workers. In fact, this talented young artist even jumps into many of the shots and acts as her own muse.

As one of her university assignments, Robin Bini Schneider attempts to capture candid photos of the working class within Man at Work. I must admit, looking through this talented student's captures it really is hard to pick just one favorite, but if I did it would probably have to be the cleaning lady.

Implications - There is a current consumer fixation on the fantasy world, which attempts to overtake the previous obsession with reality and reality television. While consumers are tiring from depictions of reality slightly, companies have the opportunity to infuse fantasy and imagination within their product campaigns.
4.4
Score
Popularity
Activity
Freshness
Attend Future Festival