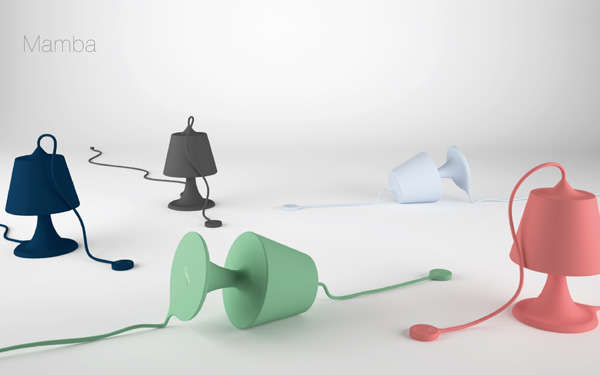 When upright, the Mamba Lamp appears to have a misplaced wire sprouting from the top of its lampshade. When resting on its side, it appears as though the slim wire has swallowed the Mamba Lamp whole, hence the snake correlation. Nevertheless, as strange as this extra bit of cord may seem, it does fulfill a useful purpose. It controls the light.