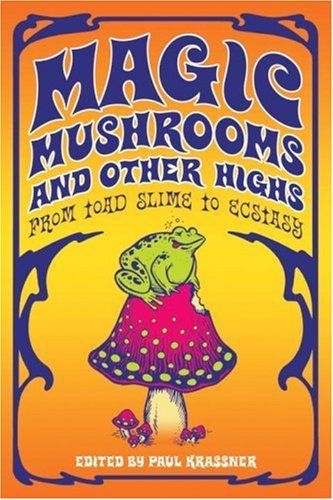 Ashley Noelle Lesiak — January 2, 2014 — Naughty
References: fancy
Share on Facebook Share on Twitter Share on LinkedIn Share on Pinterest
If you're into getting weird or just want to hear some out-there and triply tales, Magic Mushrooms and Other Highs is the perfect book for you.  This story book of mind-altered adult adventures is from Paul Krassner. Krassner is best known for starting the revolutionary, satirical magazine ‘The Realist’ in the 60s, and he is said to be the “father of the underground press.”

Magic Mushrooms and Other Highs has a number of different stories about experiences with various narcotic substances. From mushrooms, to cocaine, marijuana, ecstasy and even peyote, you will get a chance to read some stories of debauchery and bad ideas. A number of different writers have contributed such as Terence McKenna, John Lennon, William S. Burroughs, Michael Simmons, and R. U. Sirius. So prepared to get weird and wild, all while curled up on the couch.