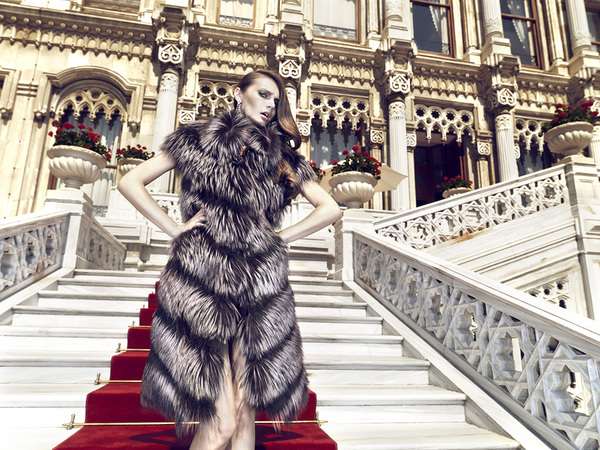 Once upon a time, there lived a beautiful princess by the name of Ekaterina Galanova in the grand Ciragan Palace in Istanbul. Men love to have her; women love to hate her. How can they not? Galanova’s legs are to die for, and her shiny, luscious hair styled by Ibrahim Zengin is the envy of all women.

This perfectly describes the F/W 2011/12 Campaign for BISON. The weather is brisk, as viewers see the gorgeous Ekaterina Galanova strutting around the former Ottoman palace grounds in luxurious fur coats, and sporting makeup by Erkan Uluc, who lends her hand in accentuating Galanova’s features. The FURious Angel editorial shoot by Russian photographer Igor Oussenko for BISON also captures the architectural grandeur of Ciragan Palace, built by Armenian architect, Serkis Balyan in 1871.
3.1
Score
Popularity
Activity
Freshness
Get the 2021 Trend Report FREE