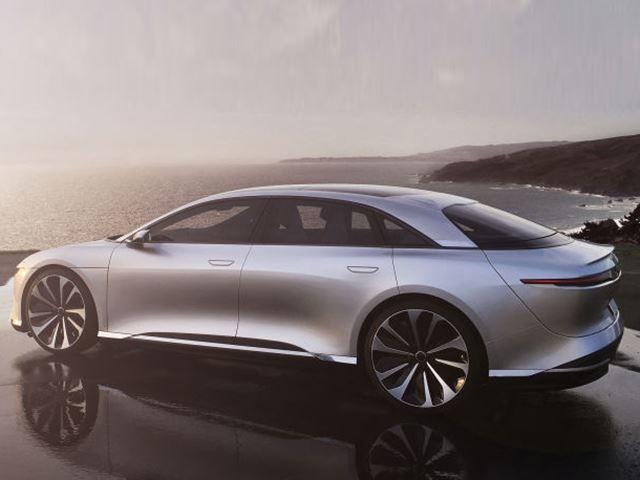 Michael Hines — March 20, 2017 — Autos
References: lucidmotors & carbuzz
Share on Facebook Share on Twitter Share on LinkedIn Share on Pinterest
The Lucid Motors Air has finally been given a price, one which might make Tesla nervous. The upstart electric car company will sell its first car, the Air, for $60,000. That is before a government tax credit of $7,500 brings the cost down to $52,500. The base model Air will be rear-wheel drive and feature a range of 240 miles. Its electric motors will produce 400 horsepower.

Many consumers steer clear of electric cars because of fears over range, while others avoid them due to cost. The Lucid Motors Air has an electric range comparable to some big gas-guzzling luxury sedans. Standard features include 12-way power adjustable front seats, four infotainment touchscreens, 10 airbags and a 19-speaker sound system. The Lucid Motors Air will head into production during the first half of 2019.
5.7
Score
Popularity
Activity
Freshness
View Innovation Webinars