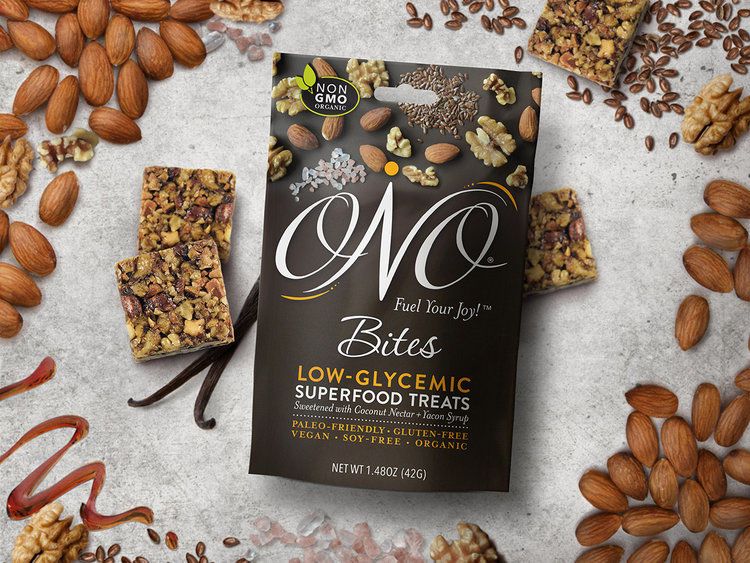 Laura McQuarrie — August 26, 2017 — Lifestyle
References: onobakery & thedieline
Share on Facebook Share on Twitter Share on LinkedIn Share on Pinterest
ONO is a new line of sweet, healthy and low-glycemic snacks that sets itself apart by offering simple, satisfying superfood treats. The main ingredients in the snacks include flax seeds, nuts, coconut oil, as well as coconut nectar and yacon syrup as natural sweeteners.

The non-GMO snack bites are free from gluten, dairy, soy and sugar, making it possible for on-the-go consumers to quickly satisfy their hunger. The low-glycemic snacks from ONO Bakery are packaged in resealable pouches that are recyclable and boast a color scheme to communicate the effortless, earthy qualities of its product.

ONO was selected as the name of the line because it is an acronym for "Outrageous, Nutritious and Organically delicious" and it also is a word that means "delicious" in Hawaiian.
4.3
Score
Popularity
Activity
Freshness
Get the 2021 Trend Report FREE