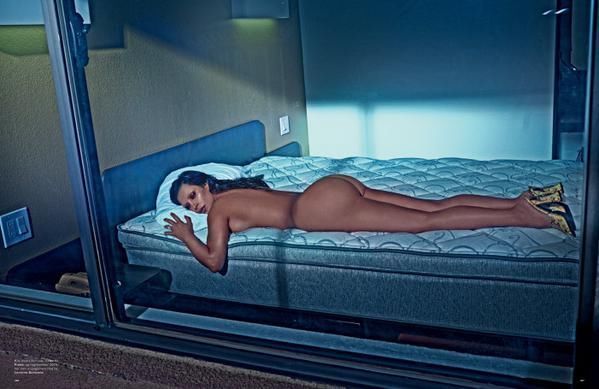 Meghan Young — February 10, 2015 — Naughty
References: thelovemagazine & caplex
Share on Facebook Share on Twitter Share on LinkedIn Share on Pinterest
Although a teaser of the Love Magazine Kim Kardashian cover shoot was released awhile back, the entire editorial has since hit the Internet to the delight of her fans around the world. Although not as buzz-worthy as her champagne cover, she does appear nude throughout the majority of the photo spread.

Posing sullenly in the dark photoshoot, which was captured by photographer Steven Klein, the reality TV star shows off a different look with bleached brows. The Love Magazine Kim Kardashian cover story is accompanied by a revealing interview by Cara Delevingne, who asks her about her relationship with Kanye, what sexual position she prefers best and whether or not her butt is real -- to which she replies, "I never did. And actually my butt is not that big."
6.8
Score
Popularity
Activity
Freshness
View Innovation Webinars