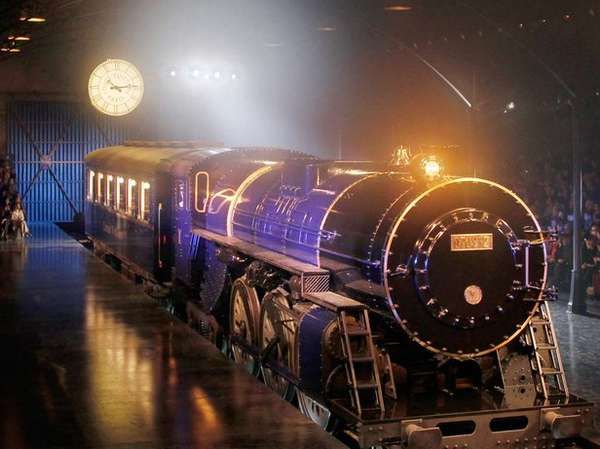 Costing a reported $8 Million dollars, the high-fashion locomotive was decked-out from the inside out. Despite only being seen by the models, the decor in the interior was as elegant as the exterior.

Featuring velvet seats and luggage rails, the caboose really turned heads. Show-goers got quite a treat when steam began to pour from backstage, a false floor dropped to reveal train-tracks and the Louis Vuitton express pulled into the runway 'station.' The carriage was fitted in navy and gold and took nearly five months to complete.

The models were dressed as travelers and disembarked from the train sporting elegant coats, cigarette pants, dresses and skirts that were reminiscent of 1940s charm, while toting their signature Louis Vuitton luggage.

The Louis Vuitton train will definitely be a tough act to follow for other designers at Paris Fashion Week.