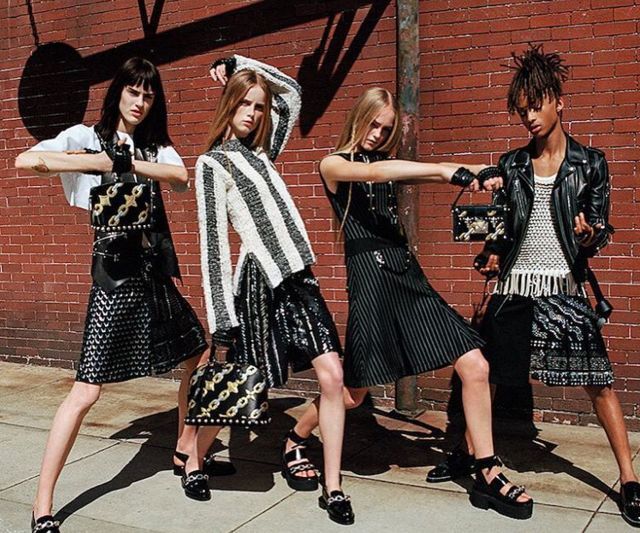 Rapper, actor and young philosopher Jaden Smith is known for oscillating between both men's and womenswear, this makes him the most sensible choice for the gender fluid Louis Vuitton campaign. Captured in various images, Smith is seen posing among female models Jean Campbell, Rianne Von Rompaey and Sarah Brannon. While the young women are captured in skirts and dresses from the Louis Vuitton Spring/Summer 2016 collection, Jaden also strikes a pose in a moto jacket and metal-laden skirt.