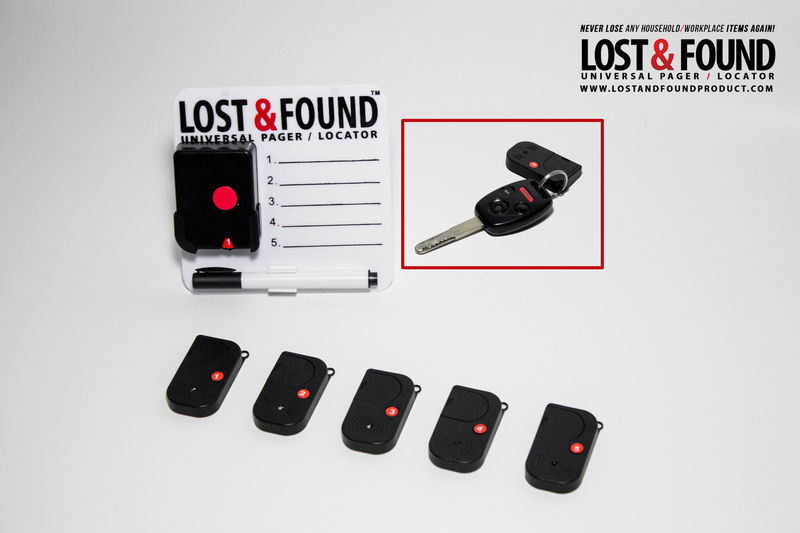 Laura McQuarrie — March 31, 2015 — Art & Design
References: kickstarter & lostandfoundproduct
Share on Facebook Share on Twitter Share on LinkedIn Share on Pinterest
Valuable objects like keys, purses, wallets and mobile devices are some of the most commonly lost and found items, but when they go missing, it can throw your whole day off track. In order to cut down on time spent without these essentials, Ryan Lamanna developed a universal pager system he's calling Lost & Found.

Lost & Found is optimized for indoor use, boasting a working radius of 80' from the central hub powered by a transmitter. Set up like whiteboards, these central units can be noted with the five items that a person is most likely to misplace. For tracking, mobile tags can be attached to objects of importance such as tablets, remote controls, dog leashes and glasses cases.

The 25-year-old entrepreneur from Toronto is now crowdfunding his creation on Kickstarter, aiming to raise a total of $15,000 to further manufacturing and distribution.
3.8
Score
Popularity
Activity
Freshness
Jeremy Gutsche Keynote Speaker