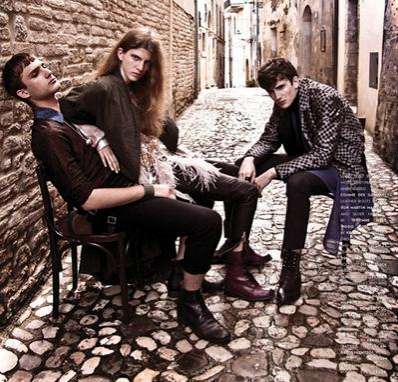 Katherine Vong — August 24, 2011 — Fashion
References: flaunt & designscene.net
The Lorenzo Marcucci Flaunt shoot is all about punk style and a "who cares" attitude. Shot for the Flaunt magazine 2011 issue, the spread is called 'Nevermind the Bunga Bunga, this is About Heartbreak' and features a trio of rebellious teens taking to the streets of an Italian city.

Photographer Lorenzo Marcucci captures models Caterina Ravaglia, Giacomo Berardo and Max Panichetti, who give off a "don't mess with us" attitude as go from hanging out in a cobble-stoned back alley to taking a messy walk down the Italian coastline.