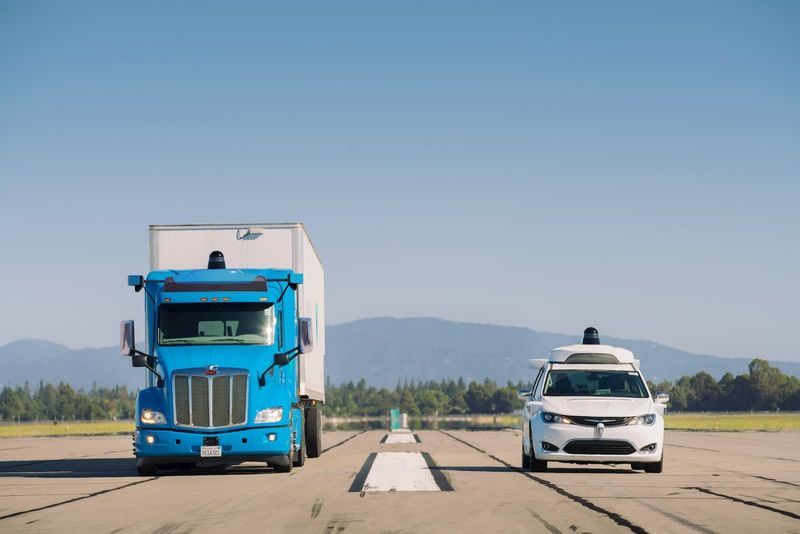 Daniel Johnson — January 28, 2020 — Autos
References: twitter & engadget
Share on Facebook Share on Twitter Share on LinkedIn Share on Pinterest
Waymo is expanding testing for its autonomous long haul trucks. The self-driving trucks will now begin operating in Texas and New Mexico, and the vehicles will travel around various cities including El Paso, Dallas, and Houston, as well on the interstate highways in both states. During the test, a driver will be in the vehicle, and the long haul trucks will not contain any cargo. Waymo will also use its Chrysler Pacific vehicles to map out the routes for the trucks.

Developing autonomous trucking capabilities would greatly reduce the costs associated with transporting goods, and it would also increase shipping speeds as autonomous trucks would never need to stop.