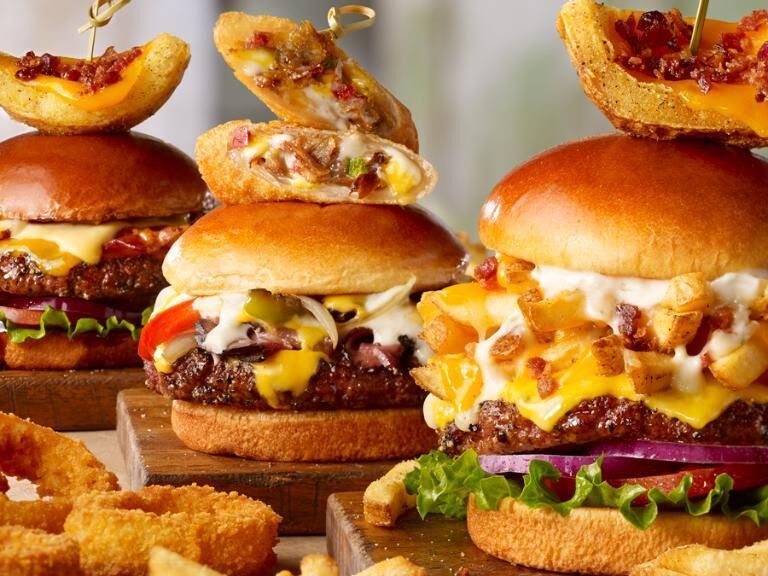 Laura McQuarrie — July 15, 2020 — Lifestyle
References: tgifridays & myrecipes
Share on Facebook Share on Twitter Share on LinkedIn Share on Pinterest
TGI Friday's is treating guests to new Loaded Burgers that are not just filled with flavorful ingredients but stacked with them too. There's the Guinness Pub Burger, which gets its name from the inclusion of the classic Irish stout into the burger’s seasoning. This burger contains staple ingredients like bacon, lettuce, tomato, pickles, onions and cheese, plus a bun that's topped with potato skins, bacon and cheese.