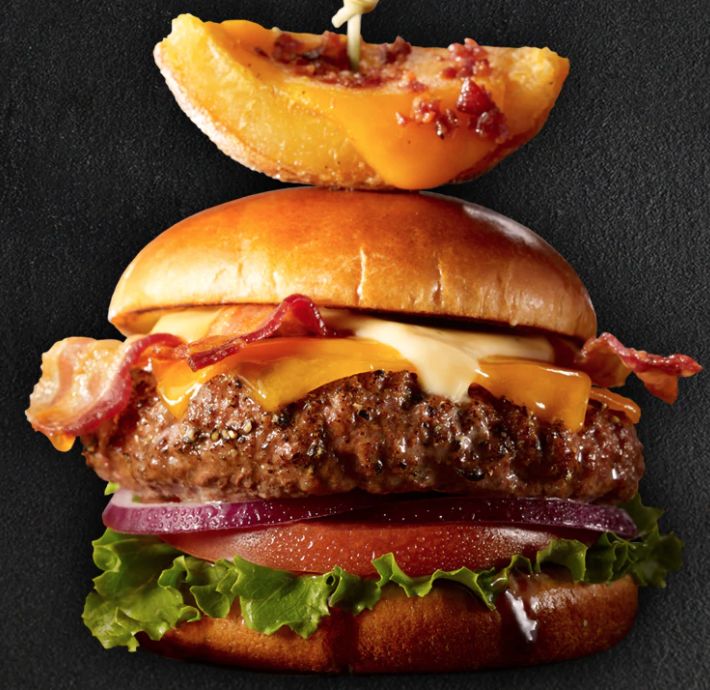 In an effort to elevate the classic pub burger, TGI Fridays has come up with the new Guinness Pub Burger. As the name suggests, the new burger is made with Guinness Draught Stout, which is infused in the actual burger patty. The beef is then paired with cheddar and mozzarella cheeses, bacon, tomato, red onion, lettuce, and a creamy beer-cheese sauce. The whole thing is then served on a plain bun skewered with a loaded potato skin. The burger even comes with a Guinness Draught Stout-infused glaze on the side for that extra beer flavor.