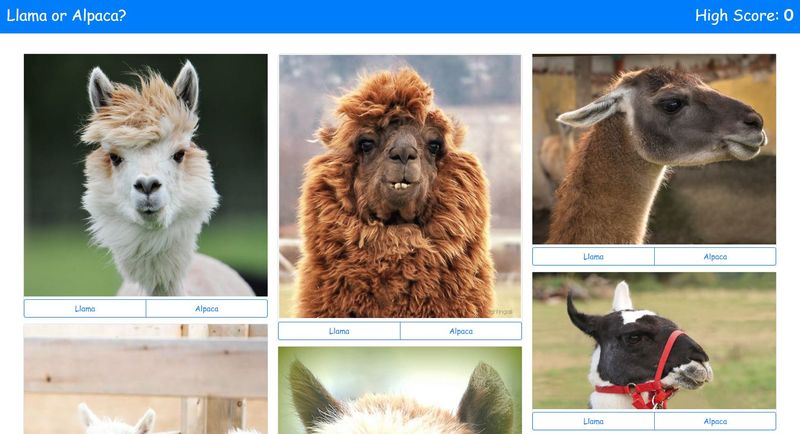 'Llama or Alpaca?' Asks a Simple Yet Difficult Question

Joey Haar — March 1, 2018 — Tech
References: llama.party & producthunt
Share on Facebook Share on Twitter Share on LinkedIn Share on Pinterest
Many of the world's greatest minds have grappled with the question posed by a seemingly simple and yet intricately difficult new browser game: is that animal llama or alpaca? The game of the same name takes that philosophical enigma out of the realm of the academic and into a real demonstration, tasking the geniuses of the internet with that puzzler through ten pictures and two options: llama or alpaca.

Both llamas and alpacas have been essential domestic animals in the survival of some of history's greatest cultures, from the Inca's use of llama to the Moche people's breeding of alpaca. Of course, those two cultures only ever lived with one species or the other, so they never had to face the daunting challenge of identification.

That said, llamas and alpacas have distinctly different uses for humans: llama are used for both wool and meat, while alpaca are used for wool alone. Distinguishing between the two is therefore of the utmost importance, as it portends the animals very livelihoods. 'Llama or Alpaca?' is as much a service to society as it is a fun game.
4.1
Score
Popularity
Activity
Freshness
View Innovation Webinars