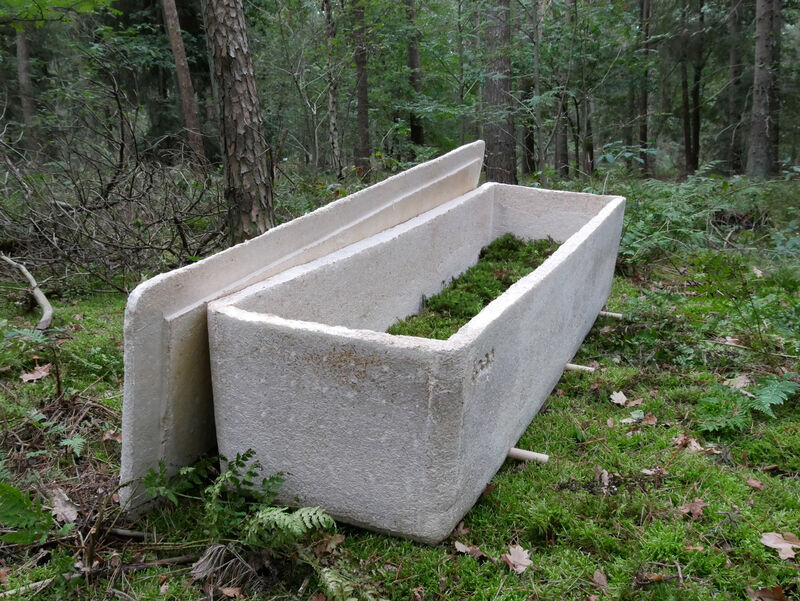 The coffin is made from mycelium: the vegetative component of fungus that can form mushroom colonies found in soil. In addition to allowing the coffin to grow into the environment, the clever use of mycelium helps to compost the body. As a result, the Living Cocoon helps to generate a rich environment that promotes the growth of new plants.

As Dezeen explains, the "coffin takes one week to grow and then, containing the body of the deceased, takes an estimated two to three years to decompose. In comparison, conventional coffin burials take over ten years to break down in the earth."