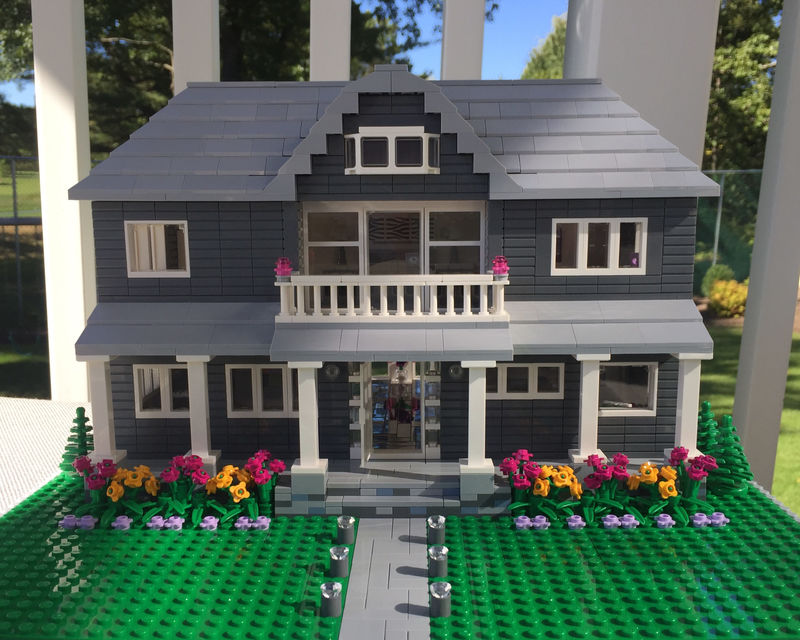 Joey Haar — January 23, 2018 — Art & Design
References: etsy & apartmenttherapy
Share on Facebook Share on Twitter Share on LinkedIn Share on Pinterest
Sure, it can be satisfying to build a miniature Millennium Falcon out of LEGO, but 'Little Brick Lane', an Etsy shop based out of New York, gives consumers a miniature brick model that's a little closer to home. Rather, the custom models are exactly one's home: Shari Austrian, the user behind the Etsy shop, will build intricately detailed scale LEGO models of consumers' houses.

According to the Little Brick Lane page, Austrian uses a combination of architectural plans and photos, ultimately crafting a tiny house with realistic exterior and interior details. The care is evident in the pictures of models posted on Little Brick Lane, with highly detailed attention having been paid to each room in the miniature homes.

The adorably crafted models take 8 to 10 weeks for Austrian to complete, and she charges $1.25 per square foot of real home space.
7
Score
Popularity
Activity
Freshness
Get the 2021 Trend Report FREE