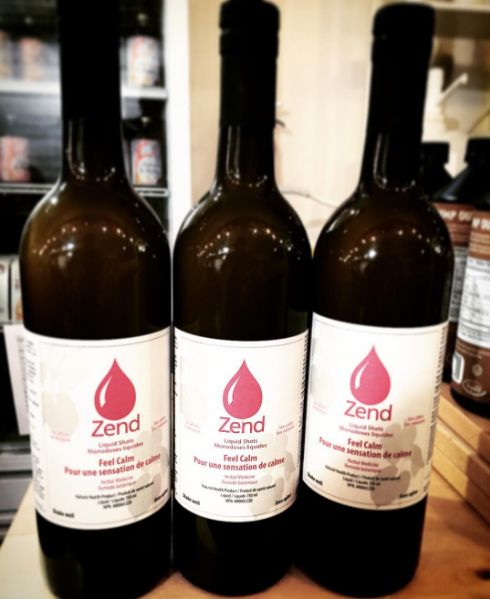 The 'Feel Calm' Liquid Shots are made from kava kava, a root that has been used for centuries as a medicinal aid that boasts calming effects to relax muscles and positively alter brain waves in the same way that other soothing medicines can. Zend notes that its all-natural aid is ideal for reducing stress and improving mental clarity, all the while bringing on the feeling of calm.

The soothing shots are sold through establishments in Vancouver, Canada such as the Buddha-Full eatery, which specializes in organic, vegan and gluten-free food, as well as Float House, a floatation therapy center that presents the unique Zend product as a "pre-float elixir."
1.8
Score
Popularity
Activity
Freshness

15 Healthy Beverage Shooters
These Shots for Health Offer Nutrition, Energy and More on the Go