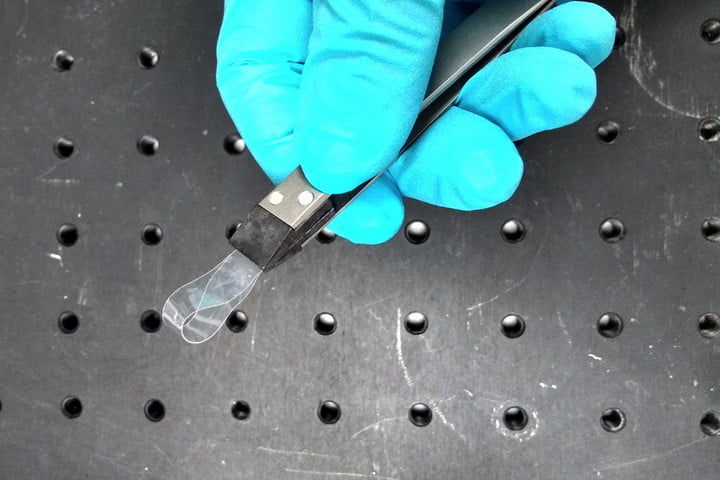 Liquid Crystal Elastomer Actually Gets Thicker as It Stretches

Justin Lam — December 10, 2018 — Unique
References: nature & digitaltrends
Scientists at UK-based University of Leeds recently discovered a new synthetic material, referred to as liquid crystal elastomer, that actually gets thicker the more it is stretched. Composed of the same liquid crystal material used in most flatscreen monitors and televisions, the liquid crystal elastomer could prove to have intriguing real-world possibilities ranging from medical uses to futuristic body armor.

According to Dr. Devesh Mistry from Leeds’ School of Physics and Astronomy, the "behavior of increasing in thickness as a material is stretched is known as ‘auxetic’ behavior.” Other examples of auxetic behavior include cat skin, tendons in the human body and the protective layer in mussel shells. Liquid crystal elastomer isn't the first synthetically created auxetic material but it is the first to be produced in a manner that is cost-effective and not time-consuming.