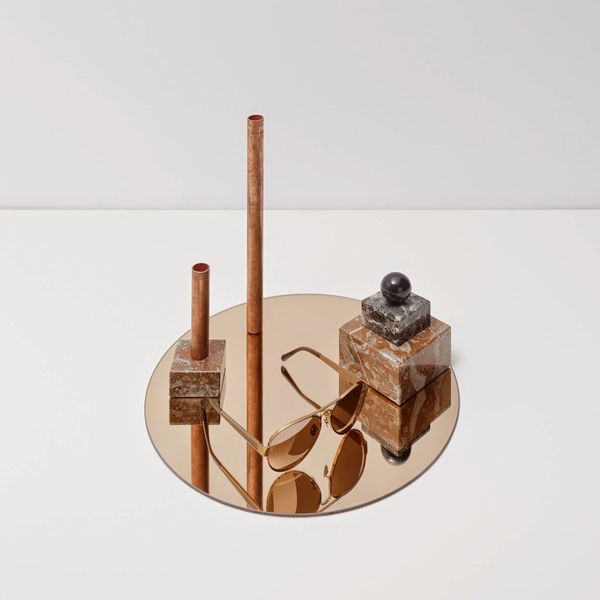 Meghan Young — June 2, 2014 — Fashion
References: int.lindafarrow & trendland
The Linda Farrow SS14 Men's ad campaign gives the luxury sunglasses a lot of personality. Although inspired by architecture, the still life photos appear to be a lot more abstract. Full of circular mirrors, marble objects and copper details, it brings texture and color to the frames featured throughout the photoshoot. It is hard not to appreciate the layouts as much as the designs themselves.

Shot by photographer Frederik Vercruysse, the Linda Farrow SS14 Men's ad campaign was art directed by Uber & Kosher and produced by Initials L.A. As though specifically inspired by the ancient modular compositions of Stonehenge, the horn-rimmed frames and gradient lenses are posed with statuesque props. Visually stimulating, the images give people the perception that these sunglasses can be considered works of art.
1.6
Score
Popularity
Activity
Freshness

Stand Out Fashion Sites
The One of a Few Website Caters to Distinctive, Unique Items